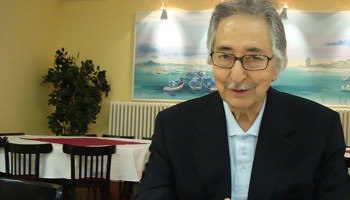 Abolhassan Banisadr was elected as Iran’s first president in 1980, after a tsunami of Iranian voters voted to counter what was then a tightening hegemony of the clergy over state and society. After assuming his post, Banisadr said that he had been given a mandate to “redress the [1979 Iranian] revolution and rescue it from a fistful of fascist clerics”. Despite this popular mandate, Banisadr was overthrown by the clergy in a creeping coup in June 1981 and has since then acted as a leading member of the opposition from his home in France. In this interview, Banisadr discusses the Iran—US nuclear crisis and related issues concerning US domestic and foreign politics.

The day after the Vienna agreement was signed, you argued that the Iranian regime “capitulated” to the United States. What did you mean by this? And, if it did, why does the U.S. Republican Party oppose it?

In this agreement Iran has been forced to make 105 explicit commitments, as well as agreeing to a ‘snap back’ principle. According to this mechanism, if any of the 5+1 powers which negotiated the agreement flags what it considers to be a violation, the sanctions would automatically resume after 30 days. The agreement also contains a number of unpublished commitments.

To understand why Republicans are against it, we have to look from four different perspectives.

From the Iranian perspective, the Republicans are not content to violate Iran’s sovereignty. In effect, they are saying is: “we have put a chain on a Iran’s neck and now we have to squeeze so it dies.” Obviously their interest is the Iranian regime, but the chain of sanctions they have put on its neck is killing ordinary Iranians.

When we look at it from the perspective of American domestic politics, we realize they are confronted with a few challenges.   The first is the way the American nuclear crisis with Iran has ended. This is unlike their policies in Afghanistan and Iraq, in which they saw war as a method of achieving a goal despite its catastrophic and ongoing consequences.   They are fearful the American public can see that their policies were based on nothing but sheer ignorance. When people realize that using war to conduct foreign policy is not only a criminal method but counterproductive, that would make it very difficult to start another war.

Also, to admit that Barack Obama had a success in foreign policy would guarantee that they lose next year’s presidential election. We should not forget that there are still strong racist tendencies within the strongholds of the Republican Party and that there was racist resistance against the election of a black man as U.S. president. Obama has sorted out the disastrous economic and military disasters which were caused by the policies of G.W. Bush and other white presidents. He was able to bring U.S. military forces out of Iraq and Afghanistan, thereby helping to reduce the high military expenditure which was absorbed by their presence in these countries. He was able to balance the national budget and bring unemployment to its lowest level in twenty years; and negotiated affordable health care for tens of millions of people. Now he is solving the atomic crisis with Iran without firing a single shot. All these successes are testimony to the intellectual brilliance of this man, who shatters racist slanders and stereotypes. People who want to maintain them therefore do everything they can to deny and prevent Obama’s achievements.

Finally, from a Middle Eastern perspective, the agreement gives the alliance of Israel-Saudi Arabia the dominant role in the region, which means keeping the state of war until the countries of the region fragment. Whether they are conscious about this or not is one thing and making American policy dependent on this alliance is something else. As the former U.S. president G.W. Bush let these two countries pursue policies of domination, Obama, in some cases, was forced to let them continue.

The way the Republicans treat Obama reminds of me of the treatment I received from the power-seeking clergy when Iraq attacked Iran in 1980. They did everything to prevent me from winning the war. Three leading clergymen said: “even if we lose half of Iran, it is better than letting Banisadr win the war.” In 1981, Saddam Hussein was in a position to have to end the war on conditions advantageous to Iran and [Grand Ayatollah] Khomeini intended to accept. These clergy, however, were fearful that this victory would strengthen my legitimacy and appealed to him to change his mind. They conducted a coup against me in June 1981, during the week the peace deal would have been signed. The Iran-Iraq war continued for another seven years, costing both sides more than two million casualties (people killed, injured and disabled). These clergy who were vying to monopolize power did everything they could to prevent me from winning.

Do you think Iran had any option other than signing the agreement or going to war?

We have already heard the confession of Ali Akbar Salehi, head of the Atomic Organization of Iran, that Iran does not have uranium for enrichment (although after just a week he suddenly stated that they have discovered high reserves of uranium in the country). Even if this is true, many nuclear experts have agreed that producing electricity out of uranium does not make economic sense in Iran. However, for the Iranian regime, what is important is not the independence of the country but staying in power at any cost.   Otherwise they would not create this totally unnecessary crisis.

From the perspective of the Iranian people there was another solution, which was (and still is) to shut down all uranium enrichment facilities and focus only on nuclear technology research.   This solution would neither put Iran under the guardianship of foreign powers nor justify only the suspension of sanctions (they would have to be lifted completely). It would also prevent the republicans in the US and the Israeli and Saudi Arabian governments from using Iran as an excuse to justify their policies in Syria, Iraq, Yemen and Palestine.

Does this agreement guarantee the future of the Iranian regime?

According to information I have received from Iran, the Vienna agreement has unpublished parts as well. Two parts of this agreement are about how the International Atomic Energy Agency will continue to police Iran’s uranium enrichment facilities even after the term of the agreement has ended.   Even then, Iran will be prevented from enriching uranium.

The agreement also has secret political and economic parts. It is a fact that when a deal is signed by two parties, there is an understanding that both recognize each other. According to the Vienna Agreement, the U.S. government accepts the existence of the regime and does not pursue any plan for regime change. However, between the factions within the Iranian regime there are two interpretations of the agreement. The Supreme Leader Khamenei believes that the US has accepted the existence of his regime of Velayate faqih as it is, while Rafsajani, the chairman of expediency council, argues that the acceptance comes with a condition of transforming the regime. Some statements from the U.S. verify Rafsanjani’s view. Just recently, John Kerry stated that they don’t want anything but change in the behaviour of Iran. The U.S. will accept that Iran plays a role in the Middle East, but only within limits it allows. Exercising this role is conditional on the transformation of the regime. In the economic sphere, furthermore, it has been agreed that American oil companies can enter Iran’s oil and gas market from the point of extraction.   Already there is news about the sale of oil to American firms.

Despite all these things, such an agreement cannot guarantee the future of the Iranian regime. That is because the main factor for change is the Iranian people. In fact, the sanctions first paralysed the people and the regime only agreed to end the crisis when it the pressure of people became overwhelming. The more Iranians are free from external pressure, the more they are prepared to play an active role in removing the regime, which acts as an obstacle to exercising their citizenship and choosing the government they want.

It is clear that the regime preferred to capitulate to the 5+1 countries instead of closing down all its enrichment facilities because in order to continue its own existence it needs pressure from outside powers. This is why creating international crisis is endemic to the regime. This is a reality which neither Bush nor Obama paid any attention to. The thing is that the U.S. government is not ready to accept the independence of Iran and other Middle Eastern countries. If they would, then they would remove all the outside pressure over Iran, so the international condition for a democratic movement within Iran which is the absence of outside pressure would have been realized

Is Khamenei, the supreme leader, for or against the agreement?

Khamenei cannot be against it as he was the one who entered into secret negotiations with the Obama government in Oman and engineered the election of Rouhani in order to seal the deal. However, as he lacks Khomeini’s charisma and courage, he cannot take responsibility for it. He hence manoeuvres to put the heavy burden of the agreement on the shoulders of the executive and legislative branches. This is doomed to failure because people know that he initiated the crisis and that it is he who continues it.

How does the agreement affect the position of the Iranian opposition?

The effect of the agreement on the opposition and alternative varies immensely. The sections of the opposition which had hoped that pressure from outside (sanctions and possibly war) would lead to the overthrow of the regime are weakening drastically. However we, as part of the democratic alternative, since the day after the regime’s nuclear activities were exposed, has constantly focussed on the issue and repeatedly argued that given the nature of the regime, this crisis (like the hostage taking of American diplomats and the 1980-86 war with Iraq), will end in defeat.   This alternative instead:

Then, more than any other time, we will have a decisive role in transferring Iran towards independence and freedom. 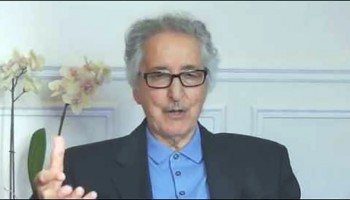